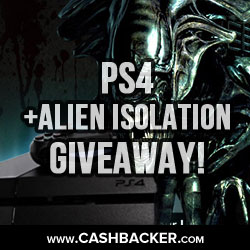 Test your nerve this Halloween by playing the terrifying Aliens video game and you'll be in with a chance of winning a brand new Playstation 4 + Aliens Isolation game.

Switch off the lights and blow out the Jack-o'-lantern 'cos in this "fang-tastic" prize draw the more you play the more entries into the prize draw you'll receive!

Head over to BetVictor Games between Monday 27th October and Friday 31st October and get annihilating those Aliens.

For every £20 wagered on the game you'll receive one entry into the prize draw.

Play the game and earn an entry on three consecutive days and you also receive 25 free spins!

The Playstation 4 and Aliens Isolation game aren't the only prizes on offer here. 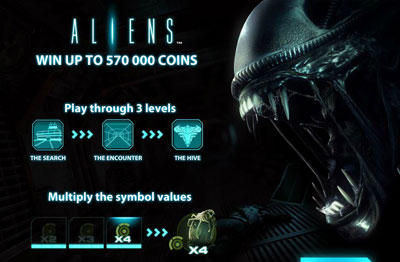 Each symbol (alien) carries it's own value. Match 3 or more on a win line to win anything from 5 coins to 1000 coins in a single spin. Accumulate some multipliers and watch your balance surge.​

As you spin, symbols are added to the Alien Activity Meter and act as multipliers for bigger wins. Once the meter reaches maximum an order to attack the area is issues and you advance to level 2.

Now you're in the money. However, it's up to you to fight your way past Alien attacks to the Queen Hive. Multipliers accumulated in Level 1 remain and are applied to winning spins.

An ammo clip counter appears and decreases on each spin. Ammo symbols appearing randomly on the center reel increase the ammo clip counter and activate re-spins. Careful not to run out of ammo else you'll be served up for breakfast.

Now you've made your way to the Hive, you have one objective and one objective only - destroy the Queen and her hive before they destroy you.

The more damage you inflict on the hive the higher the payout when the game is over. So don't lose your nerve, because this is one gripping game!