A few years ago, big time online casino Bgo re-invented themselves as more than just a reliable bingo site. In 2012, they launched their new website on the Playtech software, not only creating a simple, easy to use yet unique site but also making it possible for their customers to enjoy casino and slots games too!

Most people know the casino for being headed by Dr Evil's clone, not calling himself the boss, but for anyone wanting to look a little deeper, you'll find that this is a casino that puts the fun and safety of its customers first, creating a one of a kind gaming experience for all.

Since converting from their all bingo platform, Bgo has since added an incredible library of slots games, under their vegas category. With over 500 games to choose from, players won't be disappointed as they can play their favourites like Starburst and Gonzo's Quest, as well as lesser-known titles such as

as well as many more! This, on top of their selection of casino and bingo games, as well as one of the most interactive live casinos we've seen, shows exactly why Bgo has been such a big player in the industry for such a long time.

While it used to be that Bgo's site was powered by their own software, since changing their approach they have since adopted many different software developers onto the site to ensure their players get the best quality and quantity of games. They only have the best developers on the site, which means you'll find games from reputable sources like NetEnt, Playtech/Virtue Fusion, IGT, WMS as well as many more. 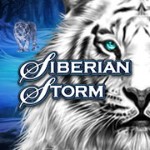 This was once one of the most successful in-land casino games back in 2010 but now it can be played anywhere!

This is a game that doesn't feature traditional reels, instead, it's got a hexagonal structure with 5 symbols on the central reel.

There is also a free spins round that has up to 240 free spins on offer! 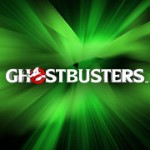 Strap on your proton pack and get ready to put your fears to one side and tell the paranormal that you ain't afraid of no slots.

This homage to the 1984 classic has everything you need to take a trip down nostalgia name as players are treated to everything Ghostbusters, to symbols based on the characters to the soundtrack blasting its way through your speakers as you battle the dead!

This slot features 5 reels and 30 pay lines and the Ghostbusters themselves work as the more valuable symbols. 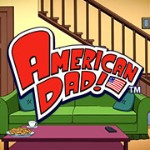 Shortly after the release and success of IGT's Family Guy themed slot, they brought out one based on the sister show, American Dad.

One thing that's a bit different here is that it doesn't encapsulate the show that much, and while fans may be disappointed, it does mean the game is more accessible for those who don't know the show.

It's all about the great bonuses here which you'll find in abundance as at any point you can trigger any of the 5 different slot bonus features! 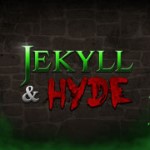 Based on the classic Robert Louis Stevenson novel, this is a 5 reel and 25 pay line slot that gives dark offerings in the form of some great bonuses.

Players can choose the Jekyll mode where the multiplier can increase up to 5x or the Hyde mode where 3 high-value symbols can become wilds!

Log into one of Bgo's bingo rooms and see exactly what years of experience bringing quality games feels like. They host the classic 75-ball and 90-ball bingo games as well as their own unique rooms that promise some great rewards as well as hours of fun. But don't take our word for it, why not go check out Bgo Bingo for yourself?

Bgo's casino offering might not be as extensive as some other online casinos, but they still have everything a player could want including the classic games of Roulette, Blackjack and Texas hold'em, as well as some more niche variants. They also have one of the best live casinos we've seen, for those who have been looking for a more authentic casino atmosphere.

Anyone looking for something to reward themselves with will have no problem over at Bgo. Throughout the year, they host a number of promotions, some of which are game category specific which is something you won't find on any other site. This makes looking for Bingo promotions for example much easier!

Bgo has also made the headlines recently because they've let up on their wagering requirements which means any bonus you get from a promotion, as well as their welcome bonus, is yours to keep, no strings attached!

They also have a VIP club which brings its own rewards such as bonus cash and free spins.

For all you mobile gamers out there, you'll be happy to know that Bgo offers a great version of their site that can be played on all devices, including your Smartphone and your tablet!

You can get help at any time of the day with Bgo's live chat feature. If that doesn't help you, you can always drop them an email, as well as enlist some support through their help tab which will get a response within 48 hours.

Be the first to rate your experience at bgo

Be the first to review bgo