Win Your Share of 1,000 Casino Credits by Playing Medieval March at Lucky247

Take a trip back in time to the era of dashing knights and beautiful princesses with Medieval March at Lucky247 Casino. This adventurous promotion gives players the chance to win their share of 1,000 casino credits simply by spinning some Middle Ages-themed slot games.

If you’re ready to uncover some medieval treasure with this amazing Lucky247 offer, read on to find out more.

Medieval March will last for four weeks, all throughout the month of March. Every week during this month will have its own specially selected slot game where participants can win their share of 1,000 credits by staking at least £100. They are:

Every £100 of real money you spend in these slots during the promotional period will earn you one entry into the prize draw. So keep on spinning these fairytale-themed games for better chances of being named one of the lucky winners of that 1,000 credit prize pool.

The game to play during week one of the medieval March promo is Forsaken Kingdom. This Rabcat video slot whisks players away to a mystical medieval kingdom that looks as though it has been taken straight from the pages of an old storybook.

The storyline follows the legendary Knights of the Round Table as they hunt for King Arthur’s sword, Excalibur. In addition to this gripping plot and high quality graphics, Forsaken Kingdom has five reels, 20 pay lines and can be played for between 20p and £40 per spin.

To take part in this promotion between the 12th and 18th of March, you will need to spend a minimum of £100 on Lucky Leprechauns. Sticking with the medieval myth and legend theme of the offer, this Ash Gaming slot is all about the charming little characters of Irish folklore- leprechauns.

There are five reels and 20 pay lines to play with here and some quirky symbols such as fiddles, pints of Guinness and, of course, pots of gold.

The most exciting part of playing Lucky Leprechauns is the brilliant bonus rounds. They are the Rainbow Bonus, Wishing Well Bonus and Leprechaun Free Spins. Each one of these games dishes out truly impressive rewards and is sure to leave you feeling as lucky as a leprechaun yourself.

Anyone who loves the sword and sorcery fiction of Game of Thrones will enjoy the action and adventure in the slot game of the same name. This epic five reel, three row game is every bit as detailed and exciting as fans of the show would expect it to be.

You can pick between two gameplay modes; 15 pay lines (available from 15p to £3 per spin) or 243 ways to win (available from 30p to £6 per spin). Whichever version of the game you opt for, you’re sure to fall in love with this fantasy Microgaming title.

Keen fans of the show will especially enjoy the bonus round which requires players to pick one of the four great Westeros houses; Baratheon, Stark, Lannister and Targaryen. Each of these houses has its own amount of free spins and multipliers up for grabs. 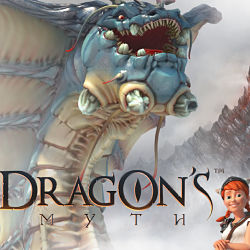 The final week that the Medieval March promotion will be active is the 26th until the 31st of March. To play for your share of 1,000 credits during this week, you will need to stake your cash in Dragon’s Myth.

This five reel, 25 fixed pay line slot follows the adventures of a young girl and her pet dragon. Wins work both ways on the reels of Dragon’s Myth and there is a very impressive free spins bonus to play for which makes for some massive bonus wins.

All customers of Lucky247 Casino are welcome to join in Medieval March at any stage of the promotion.

Only real money wagered on the eligible slot games between the 1st and 31st of March will count towards the promotion.

All winners will be contacted by the casino within 24 hours of the promotional period coming to an end. Any winners who cannot be contacted within seven days will have their prize revoked and another draw will be held to name a new winner.