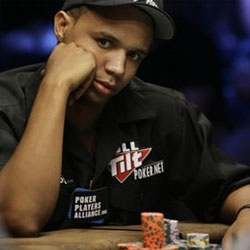 An Atlantic City casino is witholding winnings from professional Poker player, Phil Ivey, to the sum of $9.6m (£5.7m) saying that he won it by cheating at Baccarat.

The Borgata Hotel Casino is accusing Phil Ivey of cheating at the game by relying on a tactic called edge sorting to help him guess the value of cards before they are shown. The tactic involves studying the backs of the cards for imperfections, thus gaining an unfair advantage.

Phil Ivey is a nine-time World Series of Poker champion and is considered to be one of the best, if not the best, Poker players in the world.

The casino said Mr Ivey created "a situation in which he could surreptitiously manipulate what he knew to be a defect in the playing cards in order to gain an unfair advantage over Borgata".

The Borgata Hotel Casino alleges that Mr Ivey and one other instructed the dealer to flip the cards in a specific manner, which triggered suspicion.

The casino said that in instructing the dealer to flip the cards in such a manner Mr Ivey intended to subtly study the cards' edges and memorise their value.

The casino demanded that Mr Ivey and his co-defendant Chen Yin Sun return the winnings.

The card manufacturer, Gemaco, has also been accused of failing to guarantee its cards were free of defects or distinguishable marks.

Not the first time either

Mr Ivey has previously been accused of edge sorting by London casino Crockfords, part of the Genting Group, which withheld more than $12m in winnings. A lawsuit was filed against Crockfords by Mr Ivey ordering them to release the funds.