10 Films Every Gambler Must See 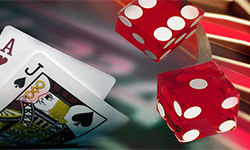 There are an incredible amount of gambling movies out there - too many to count even. For filmmakers, the thrill of the casino tables and the chance of people winning (or losing) it all is quite a hot topic. We've seen films about gambling cover all kinds of topics in all sorts of genres, but there are some out there that do such a good job of portraying the highs and lows of the high roller life that we felt compelled to put together a little list.

A list of, in our opinion anyway, the best films which every player looking for luck in casino games must see! Of course, we've had to limit ourselves slightly, and you may disagree with our choices but we feel this list covers a wide range of topics from the gambling world. More importantly though, these films all make for thoroughly good viewing.

10. Fear and Loathing in Las Vegas

This isn't really a film about gambling, but because it's set on the Las Vegas strip at the peak of 'The American Dream' in the 1970's, we feel it's worth mentioning. Johnny Depp plays Raoul Duke, a journalist who takes his faithful attorney to Vegas with him to cover a big race that's going on in the Nevada desert, all the while spending their time taking an incredible amount of different drugs to see if they can find 'The American Dream'.

This isn't a film for everyone, as it doesn't really have much plot and it's quite philosophical, but at its heart it looks at how people try to achieve something more out of life, whether it be through gambling, or something more illicit like drugs.

Rare is it when a film about the world of gambling gives the perspective of the dealers, the unsung middle men between the customer looking to make their dreams come true, and the casinos who hope they'll keep betting. Clive Owen plays the titular croupier, who sees what gambling does to people both sides of the table and it's not long before he himself is a playing a hand made up of deceit and murder.

Don't worry, this is a more of a compelling examination of human behaviour rather than a public service announcement, but it's a great film all the same.

This indie gem combines black humour with an informed study of high-stakes casino gambling. It stars veteran actor, Phillip Baker Hall as a gambler past his prime yet who can't resist the allure of the tables, becoming a father figure to a younger, down on his look gambler. While this film goes into incredible depth about gambling schemes, it never loses focus on he mistakes, experience and relationships of its characters.

For all you poker players out there, it doesn't get much better than this one. This is a film that perfectly captures the thrilling tension of seeing the pot stack up after the flop, and how players strategize their best play while also keeping an eye out for tells. The granddaddy of cool, Steve McQueen is great as the poker prodigy Eric Stoner who is at his best in the film's iconic 'last hand scene'.

Whether we're talking about the original 1960 Rat Pack film, or its 2001 remake, there's no denying that Ocean's Eleven is a classic, and not just one for the gamblers either. This comedy heist film follows Danny Ocean who plots to rob three casinos simultaneously with a group of well trained specialists who by the end, take £160,000,000 away in cash.

Not necessarily about gambling itself, however you can argue that a heist like that is one of the biggest gambles anyone could ever make.

This is another film that isn't strictly about the gaming side of gambling, but is still a film with incredible high stakes. It's also another heist film, but this time it's down to a self-confident card sharp who loses quite the sum of money to a powerful crime lord in London. After telling his friends of his plight, he then plots to rob a small town gang that are operating out of the flat next door.

Like another classic from Guy Ritchie, this is a film that follows several characters and how their actions all end up bringing them together, but not in the kind of ways you expect.

Classic actors Robert Redford and Paul Newman star in this gem, playing two con men who hope to do one over on a high-flying criminal boss who has a weakness for card games. Not often do we see gambling films provide as many twists and turns as this one does, as their 'long-con' gets even more complicated and the level of danger the two min characters find themselves in is constantly heightened. This is a true nail biting thriller, in every sense of the term.

If you've ever had an unlucky game, and thought that good luck just doesn't come to you sometimes, don't worry because it can't nearly be as hard as your luck being so bad, you're being paid for it. Employed by a casino to stand at tables with 'hot streak players', that's what William H Macy's character in this film does for a living, inflict his bad luck so that the casino's house edge is restored.

However, when his luck finally chances, he finds he's the good luck charm every gambler could hope for. This is a fun filled movie with some great insights into casino gambling superstitions and the concept of luck itself.

Perhaps the most famous of all gambling movies, and a sure find on many 'greatest films of all time' lists, Casino is the epic tale of a mafia-controlled casino in Las Vegas. Robert De Niro stars as a casino owner with mob ties opposite Joe Pesci who works as a mob enforcer who's increasingly erratic behaviour threatens both their lives, as well as the casino itself.

This film serves to show that even the highest rollers aren't really gambling that much when it comes down to money, it's behind closed doors where some people are betting with their lives that are the true gamblers.

Never before has poker playing seemed so sexy, yet so dangerous and who better to bring that kind of combination to the screen than James Bond. The story focuses on a much less experienced Bond at his roots, taking on his first major bad guy, Le Chiffre, a murderous banker who likes to increase his clients money by gambling it in high stakes poker games.

This film is filled to the brim with iconic action scenes, but the most memorable is when Bond sits down to play his foe in Monte Carlo at an all-or-nothing game. The tension as they try to out-wit and out bet each other is so thick, you could cut it with a knife.

Feeling the urge to channel your inner Bond? Then check out our recommended online casinos and live dealer casinos where you can play in real-time against real-life croupiers. And don't forget - by claiming any of our casino cashback deals you can receive up to 20% lifetime cashback on any losses incurred!