So who exactly is Jo, and why should you play at her/his reels? Well, we can tell you that this is a casino that has some of the best online play we've seen so far! This authentic 'speakeasy' themed casino, you can expect to get dizzy with excitement as Joreels transports you back to the 1930's, giving you that traditional, gamblers vibe with a modern, up to date twist!

Established in 2015, this is another casino that wants to put its player base first. Their site not only has a unique, quirky design but it also has many features which benefit the player. These features include a reality check that notifies you when you have been playing for a set amount of time, as to remind their players of a world outside of casino and slots games. Speaking of games, Joreels has an incredible amount to offer. While they mainly deal in slots, there is a great Live Casino which players can enter to get that more immersive experience hosts games of classics like Blackjack and Roulette, but also some variations such as

Joreels only work with quality developers, so you'll find all the big names on their site from the titans of industry such as IGT, Play'n GO, NextGen Gaming and Thunderkick, as well as some up and coming developers like Quickspin and Microgaming. Like most others you'll find online, their Live Casino is brought to us by Evolution Gaming. 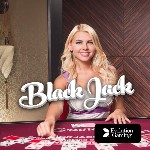 This one is for the seasoned Blackjack players amongst us that would finally like to put their skills and luck to the test for some higher rewards! This variation of Blackjack is pretty much the original game except there's one difference, you can win even bigger! 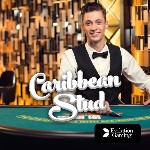 This is a casino game that's not too dissimilar from five-card poker stud except in this version, you're playing against the house rather than other players.

This means there's no need to bring your best poker face as there's no bluffing or deception involved! 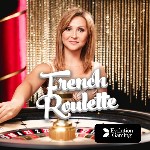 This is quite a popular variation on the classic Roulette game which gained popularity in the years that followed the French Revolution.

It's a bit more complex than other versions of Roulette as some of the potential wagers are many-bets-in-one, but don't let that put you off as these new betting options are sure to keep the game fresh and exciting for you!

As previously mentioned, Joreels is more well known for its selection of slots games than it is for its casino, so you can expect quite the library on offer. Joreels actually has one of the largest collections of slots games we've seen, with over 700 for people to jump in and play! They have classics such as Book of the Dead, Elephant King, Sticky Bandits, Sword of Destiny, Rail Road as well as countless more!

Joreels is no stranger to giving their players some excellent promotions that vary in rewards. You can find yourself taking part in one of their VIP raffles, or maybe head on over to their Live Casino and grab yourself something special from one of their dealers. The choice is yours, and with many regular promotions running throughout the year, we wouldn't blame you if you kept coming back for more!

Like many modern online casinos, Joreels offers a great mobile app for players on the go. It's easy to install and works on all devices, including tablets and smartphones! Their library is somewhat less than it is on the normal site, but you're still spoilt for choice with over 500 games to choose from, and you can play them anytime and anywhere you want!

Joreels are another online casino without much in terms of a community, but they do offer some great support for anyone with a question or query about the site or games. They also have a newsletter promotion in which their members can get the latest news from the industry, as well as sign your account up to be notified of any upcoming promotions not to be missed!

Be the first to review JoReels Casino