One of the hottest festivals of the year is happening over at Mecca Bingo right now but there are no rain-soaked tents or a single muddy wellington boot in sight.

This is Mecca Fest, the giveaway launched by the site to celebrate the arrival of the UK’s festival season. This summer, amazing musical events will be taking place all over the country and with Mecca Fest, you could bag yourself and a plus-one some tickets for them.

Mecca Bingo is giving away three pairs of tickets for Rewind Festival, one pair of tickets to Butlins Live Music Weekend and five TicketMaster vouchers worth £100 each.

The lucky winners of the Rewind Festival tickets will have the choice of a camping weekend stay at one of three Rewind events- North, South or Scotland. It’s important to note that these tickets include entry to the event only- they do not cover travel or amenities.

The Butlins Live Music Weekend prize includes a pair of tickets to the festival at any of its three venues- Minehead, Bognor Regis or Skegness. These tickets have a value of up to £400 per person.

As if all of this wasn’t enough, there is also a bonus prize pool of £7,500 up for grabs in this festival-themed promotion, with absolutely every qualifying player taking home a share. The 100 entrants who stake the most in the qualifying games will share a £2,500 bonus and everyone else who gets involved will get a piece of the remaining £5K. 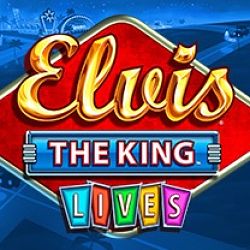 If you’re itching to get your hands on some of the jaw-dropping prizes waiting to be won in the Mecca Fest offer, here’s what you have to do...

Between the 8th and 14th of May, head over to Mecca Bingo and opt in to the promotion by entering the code FEST in the ‘My Bonuses’ section of your account.

Once you’ve opted in, spend £10 on 75-ball or 80-ball bingo (rooms: Deal or No Deal, Cashline, Sunset Strip, Jump & Jive and Lucky 7) or spend £20 on any of the following musical-themed slot games:

Every time you meet one of these two qualifying requirements, you’ll earn yet another entry into the Mecca Fest prize draw. there’s no upper limit to the number of entries you can earn and remember- the more you wager, the closer you’ll be to being either named a ticket winner or taking away a share of that £2,500 bonus.

The Mecca Fest promotion is open to all registered members of Mecca Bingo based in England, Scotland or Wales.

The promotional period runs from the 8th to the 14th of May. Only real-money gaming in the selected slot games during this time will count towards prize draw entries.

The random draw to select winners of the Rewind tickets, Butlins Weekend tickets or TicketMaster vouchers will take place within one week of the promotional period coming to an end.

Winners have 72 hours to accept and claim their prizes after the draw has been held.

Winners should allow up to 35 days to receive their tickets in the post.

Bonus funds won in this promotion will be subject to a 10X wagering requirement.