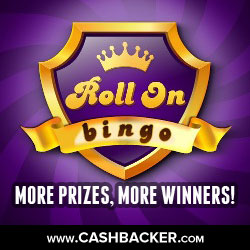 Forget 1-Line, 2-Lines And The Full House - Roll On Bingo Keeps On Paying Out!

Nothing brings fun, banter and the thrill of winning big cash prizes together quite like Bingo does. But when you consistently seem to get beaten to the full house by another fellow bingo head then it can become quite frustrating - especially when you keep seeing the same people beat you to it every time!

Roll On Bingo could be the answer you've been looking for. It starts like any other bingo game - with 1-line, 2-line and full house prizes, but instead of the game stopping there it carries on and keeps paying out for subsequent house wins.

Did You Know?
Cashbacker members get money back on their bingo losses!
Find out more about how it works & join FREE today. 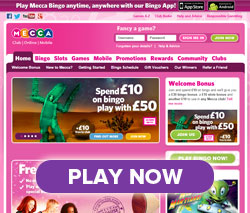 Mecca Bingo offer their players extra chances to bag a full house every Friday in their Full House Fridays promotion. Just head over to the Legs Eleven room for 2 hours of Roll-On Bingo between 8pm and 10pm. 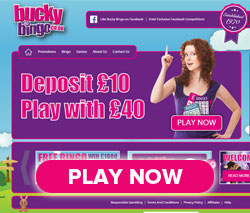 Roll On Bingo at Bucky Bingo plays every Monday between 7pm and 11pm and applies to every game in The Big Money Room. Each game is the same as any other - 1-line, 2-line and Full House prizes are unaffected - except that there will be roll-on prizes available after the full house has been won. There will be between three and five roll-on prizes on each game, but there's also a Bingo Linx game at 10.30pm which guarantees a £5,000 prize pool with ten additional roll-on prizes of £100 each and the big one at 11pm of £1,000!

The total value of prizes for the whole night is a guaranteed £20,000. Any winnings from roll-on prizes will be added to player accounts in the form of bonus cash, and no jackpots can be won during the roll-on prize period. 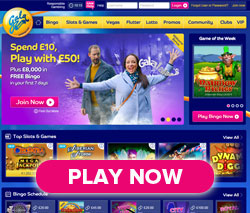 Roll On Bingo at Gala Bingo plays every Wednesday night between 9pm and 11pm in the Gala Live room. The total prize pool for the evening is much lower than that at Bucky Bingo at only £2,500, but Gala's Roll On games cover a two hour slot only whereas Bucky's cover 4 hours. Gala also lack the Bingo Linx game that Bucky has and which makes up a large proportion of the prize pool. A benefit to playing with Gala Bingo however is that any winnings you receive from roll-on prizes will be paid in real cash rather than bonus funds as with Bucky. The prizes are as follows: 1-line pays £3, 2-lines pay £5 and the full house pays £10. There are also an additional 4 roll-on prizes for every bingo game playing throughout the night each paying £10 for house wins.