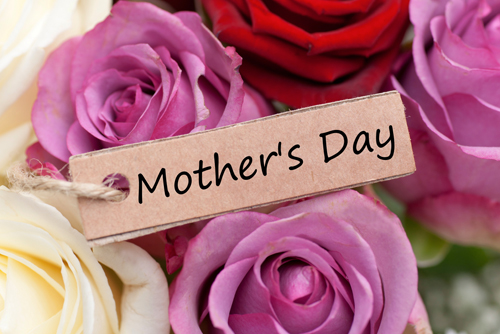 With Mother’s Day just around the corner, it’s easy to imagine there are some people out there still stuck for a gift that shows their mum just how special and important they are. Of course, flowers, chocolates and a big hug have become symbolic go to’s when it comes someone stuck in a rut, but everyone’s doing that, and you’re not everyone else right? So why not go for something a bit different this year - something that not only shows love, but something that will also bring good luck.

When it comes to good luck charms, they are those out there that swear by them, and there are others who would say they’re nothing more than superstition but there’s no denying that good luck charms are, at the very least, a lot of fun. We’ve compiled a few of our favourite charms that will (hopefully) inspire you this Mother’s Day.

You’ve probably heard of the phrase: ‘The luck of the Irish’ and did you know that stems from the four leafed clover? Yes, this ancient irish symbol of good luck was believed to help people see and ward off all the things that brought bad luck with them, mainly sprites and fairies (you’ll never look at Tinkerbell the same again).

The reason that four leafed clovers have become synonymous with good luck in our modern, fairy-less world however, is because each leaf is symbolic - representing faith, hope, love and luck.

They’re also seen as good luck charms because of how rare they are, being that only one in ten thousand plants carry a four leafed friend. If you look for one in the form of a bracelet or necklace charm, you don’t have to worry about fragility or the leaf wilting, so that good luck is there forever!

Similar to four leafed clovers, rainbows have become a symbol of good luck thanks to more Irish folklore. It is said that at the end of each rainbow is a Leprechaun's pot of gold, and if you catch one, they have to share it with you.

Rainbows are also made of bright, vibrant colours which makes them symbolic of beauty and happiness, and what could be a better good luck charm than that?

While ladybirds are giving a lot more affection than many other insects, they’re also an unlikely source of good luck throughout the world. In Germany, these little guys are known as ‘Glueckskaefer’, which might not sound nice, but translating it to english, they’re literally called ‘lucky bugs’.

No matter what you believe about ladybirds, there’s no denying they’re incredibly pretty, so anything ladybird themed is sure to go down a treat.

It’s not just the natural world that has all the lucky omens, as we can also find them in the world of numbers too. Most people will have a lucky number, one that has a connection to them personally but on a more universal scale, the number seven has always be considered lucky.

It has been connected with luck, perfection and gaining knowledge to many cultures throughout history. Why? well they say nothing is perfect, but if go by the belief of the ancient Greeks, the properties of the number 7 is the sum of two perfect forms - 3 (triangle) & 4 (square).

We also have the number 7 pop up in a lot of prominent areas such as:

We know that a number 7 themed gift might not exactly be exciting but as it’s a number, why not try grouping things into a group of seven? Seven little ladybirds for instance, or seven lucky crystals - have fun with it!

Of course, if you can’t afford to splash out this year, but still want to give something really special, why not sign her up to cashbacker? Not only can she earn bingo cashback and slots cashback (assuming she plays online bingo or slots), but she can also earn badges and points which can be used against some fabulous gifts. Vouchers, perfume, gadgets and appliances are all up for grabs, so if you can’t spoil mother dearest like she deserves, let her spoil herself!