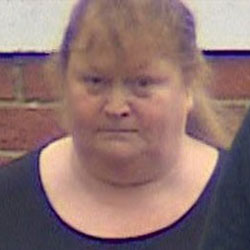 A care home manager has been jailed for 8 months after being found to be stealing from residents and using the proceeds to play bingo.

Rachel Stokes, 48, was accused at Gloucester Crown Court of withdrawing money from the bank accounts of residents in her care using their debit cards.

Judge Jamie Tabor said it was "a serious breach of trust, particularly because of the vulnerability of the residents".

The court heard that Stokes looked after several residents in the care home in Gloucestershire and often used their debit cards to legitimately withdraw money from their bank accounts as they were unable to do so themselves. An audit by Gloucestershire County Council in 2013 revealed that the balance of three accounts of did not tally with records of cash withdrawal.

The court heard Stokes withdrew between £200 and £400 each month and used some of it to play bingo. Stokes admitted to police the money was taken to fuel her gambling addiction.

Although she admitted to stealing £1,000 in total, prosecutor Julian Kesner suggested that the actual figure was in excess of that amount.

After the hearing, a family member of one of Stokes' victims said she should have received a tougher sentence. "I am not happy. We definitely needed longer," she said. "There are just no words to describe what she has done."