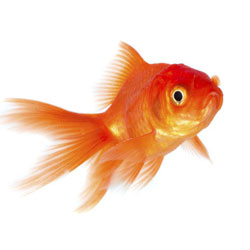 We're always looking for something to bring us good luck, whether it be in a piece of jewellery, a statue, or even something more common like a penny. Throughout history however, we've also looked to the world around us for symbols that may change our fortune for the better. As a result, it should be no surprise that we've often looked to the animal kingdom for ways in which we might turn our luck around.

Most of us out there can't deny our love for animals, we're just so fascinated by them and that's exactly where their auras of good luck come from - from our ancestors observing them in the wild. Their resourcefulness, cleverness, ability to avoid harm are all reasons to believe that they can bring good luck to our own lives which is why you'll find all kinds of animals becoming symbolic in different cultures.

No matter your personal beliefs in good fortune, animals, at the very least, remind us what a wonderful world we live in - and isn't that a form of good luck in itself?

Horses have contributed quite a lot to the development of mankind which makes it obvious as to why they've been seen as a symbol of good luck for thousands of years. Many a historical battle has been swayed to the victor because of the use of horses, kingdoms have been built with their help, and during the medieval period, they were a symbol of wealth and authority.

The horse is an animal we share a natural companionship with so as such, many cultures such as the Ancient Egyptians, Greeks and Romans believed these majestic beasts to be symbols of power, will, beauty and industry.

Known for their endurance, grace and long life, it shouldn't be a surprise that the deer has been a symbol of good luck to some. In China, the word for Deer is 'lu' which is a homonym of the world income and as a consequence, these nimble creatures have come to represent prosperity and long life.

The ancient Celts and native Americans believed the Deer were a spiritual animal, following them to patches of herbs and observing which ones the animals ate, and then using them themselves, many of which they found highly beneficial for medicinal purposes.

Hear us out on this one - Spiders are in fact good things! While they might not be the most beautiful things to look at, and many people would rather stomp on them than let them remain docile in the corner of a room somewhere, superstition around the world insists that by killing a Spider, you will bring bad luck upon yourself. A lot of cultures came to see Spiders representing mystery, power and growth.

Don't worry, they aren't like Ladybirds where you have to let one crawl across your hand to bring you luck, all you have to do is see one spinning a web. Many cultures believed seeing a spider weave a web reflected on their own lives; being that the way a spider chooses to construct it reflected how we too must construct our own lives.

Beetles don't get a lot of love these days, but to a lot of our ancestors, they were seen as sacred insects due to their connection with the Sun which was once worshipped by many cultures around the world. The Ancient Egyptians for instance, saw the scarab beetle as a good omen because of their ingenuity - rolling their eggs within balls of mud or dung which would then bake in the Sun, in effect incubating them. This was symbolic of re-birth into a new life.

For all you history buffs out there, have you ever wondered why we find Bulls on so many engravings, jewellery and adornments of bulls in artifacts of ancient cultures? Well it's because many of them saw them as omens of good fortune. To the Ancient Greeks, Egyptian, East Indian and Celtic cultures, Bulls became symbolic because they embodied the attributes of virility, strength and good health.

The Greeks in particular believed that by wearing pendents or broaches with a Bull on them meant they would be blessed with large families as well as successful farming. ​

The goldfish is quite a common pet for many homes, and while they're known for not having the best memories, they have become quite a large symbol of good fortune throughout many cultures. They bring good luck in the form of tranquility, wisdom and long life and are one of the eight scared symbols of the Buddha where they represent harmony with the flow of life.

To the Ancient Greeks, they were said to bring enhanced good luck to marriage and relationships, and if you ever wondered why they're such a go to when it comes to a family pet, well it's because the Ancient Egyptians believed they brought good luck to family life. It helps that they're gold too!

These days, you don't have to look to animals to bring you better luck, you find it in all sorts of places, like online, right here! At Cashbacker we strive to bring you good luck in the form of slots cashback and bingo cashback so you always feel like the winner, even if you lose!