Born as a small betting shop in the town of Salford in 1967, BetFred has since grown to become one of the world's largest bookmakers. Their quest for greatness has seen them become the exclusive sponsors of the Scottish League Cup and the World Snooker Championship, as well as landing themselves on the top spot of the top 200 business in North West of England for the fourth year running. More recently though, its seen them split their focus from just sports betting, and also move online to provide some top quality slots and bingo games too.

Part of their mission statement is to provide a pleasant and fun environment that puts the customer first. That means there's a great emphasis on community at BetFred with the website getting a recent update that not only made the website easier to use but vastly improved their chat system, making it easier to get assistance and make friends while you play. It's a Bingo lover's dream, as not only can you find the traditional 70 and 95 ball games that you're used to, but you can also find some incredibly fresh and unique rooms such as:

With such a generous offering of Bingo games, it's easy to see why BetFred is becoming one the top Bingo sites in the UK!

Much like many of our favourite Bingo sites, BetFred is powered by Virtue Fusion. On top of this, the site has recently been optimised for HTML5, which basically means that your gaming experience will be great in terms of the gameplay and speed at which the game runs. 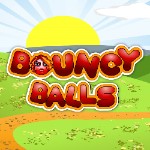 A game which has changed the way we play bingo. At the start of a game, you purchase a ticket and these tickets are set out as 4 bouncing balls with 12 numbers that you have to draw.

When all 4 numbers surrounding the ball are drawn, that ball then bounces its way down to your ball count. If you draw all number, then you get the full house! 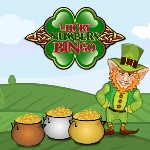 Do you have a lucky number? Well, you might find yourself with one after playing in this room. Lucky Numbers is your standard 90 ball bingo game with an added lucky numbers jackpot feature.

That means by matching one, two or three of your chosen lucky numbers with any of the balls when the 1 line, 2 line and/or full house, you will win a jackpot! 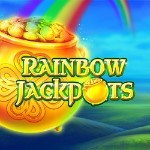 Rainbows are said to have a Leprechaun's pot of gold at the end of them, but one has yet to be found.

Maybe you can find one in the Rainbow Riches bingo room! This is a 42-ball bingo game where numbers 1-40 are normal balls and the number 41 and 42 are clover symbols.

Your ticket will have 8 normal numbers (1-40) and will be arranged into 2 four-leaf clovers. You get a prize if you mark off an entire ticket or mark off one complete clover! 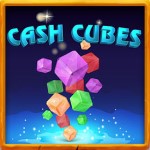 It's a full house game only which means only 36 balls are called and the full house is won when the 4 sides of the 4 cubes are completed on your ticket.

It's not just great bingo games you'll find on BetFred, you'll also find quite the library of slots games, including favourites such as Doubleup Ducks, Britain's Got Talent, Jungle Madness & Clover Rollover. To add even more variety to your gaming experience, you'll also find a number of games in their casino page, including Live Casino, as well hitting BetFred's roots with their sports betting pages.

Signing up to BetFred Bingo brings with it all kinds of great surprises and rewards for players. Amongst them are some unique specials on the menu that run daily such as their value night where tickets can be bought for as little as a penny!

Another great thing about BetFred bingo is that you can play it anywhere, whether you're at home or on the go, you can access rooms from your desktop, tablet and mobile! They even have an app to make it as easy as possible for their users where you'll find the same games you'd find on the website!

There's nothing better than being rewarded for your loyalty is there? What about making some great friends while you play? You want both we hear you say? Well, you're in luck at BetFred bingo! If you're looking for some great rewards, they offer a six-tier VIP programme that ensures their players get the full red carpet treatment. You'll start at the bronze tier and work your way up through the ranks, all the way through to Diamond.

It's a site that values it's community, evidenced by being able to see all the chat hosts right on the homepage, with short profile for all of them. This means that even if you're a complete bingo newbie, you can find an expert to help you begin your training in no time, turning you into the bingo wizard you were always meant to be!

Be the first to rate your experience at Betfred Bingo

Be the first to review Betfred Bingo